The Tropospheric Emissions Spectrometer (TES) was one of four science instruments aboard NASA's Aura satellite, which was launched from Vandenberg Air Force Base, California on July 15, 2004. During the time TES was active, the satellite flew in a “sun-synchronous” orbit at an altitude of 705 km (438 miles) that took it near Earth's North and South Poles. With each orbit, the spacecraft advanced 22° westward. After 233 orbits (16 days), it returned back to its starting point to repeat the pattern. Every 16 days, Aura was able to re-examine the same portions of the atmosphere, and its instruments were able to measure changes that may have occurred in each sampled area. The satellite and its instruments were originally scheduled to perform their atmospheric studies for five years, but the mission was extended. After almost 14 years, NASA decided to end the TES mission in January 31, 2018 due to mechanical and data coverage issues, though two other instruments (MLS and OMI) on Aura continued. 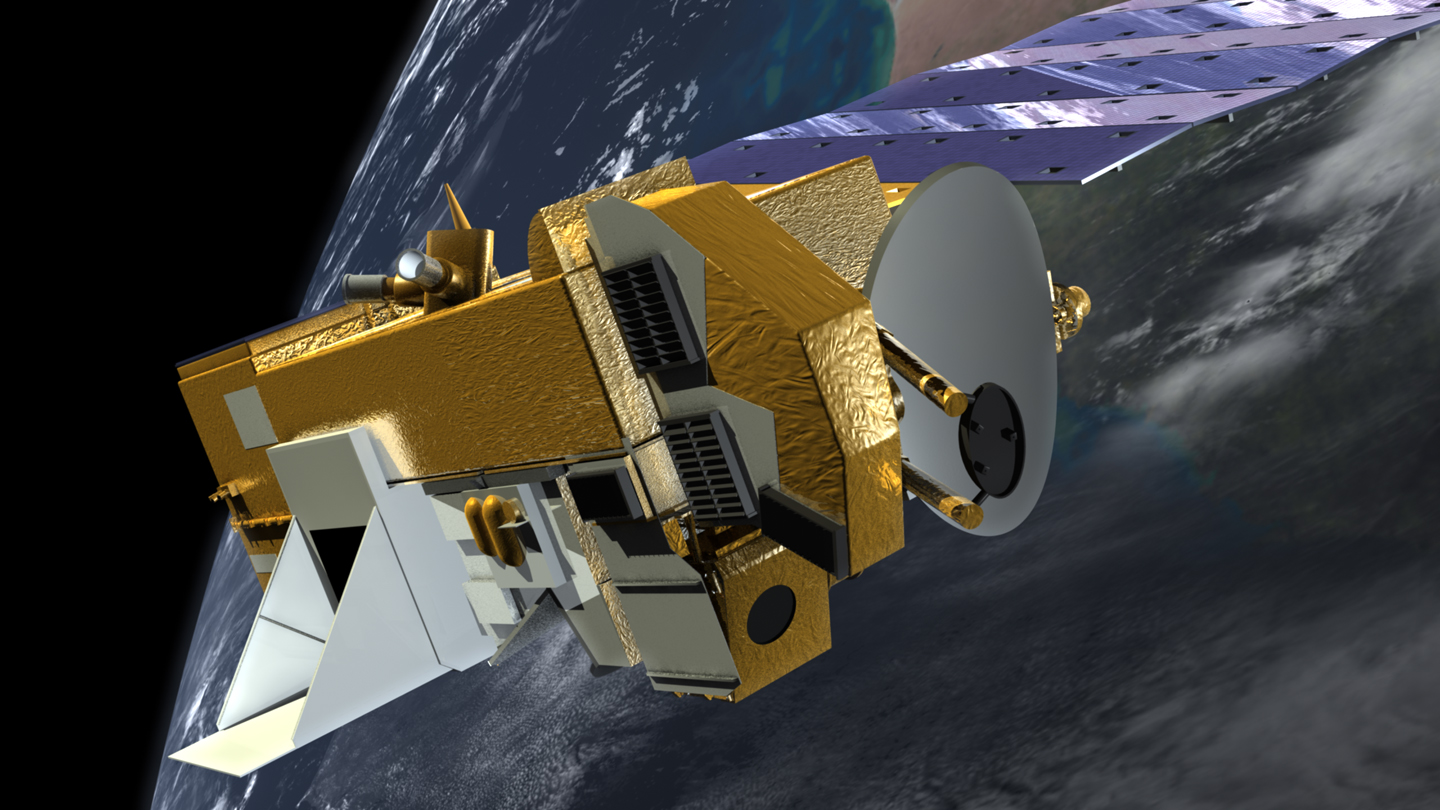 Aura was designed to be one of a series of satellites in NASA's Earth Observing System (EOS), which supports understanding of the Earth as an integrated system by observing its land surfaces, biosphere, atmosphere and oceans.

During the TES mission, Aura was in a "sun-synchronous" orbit that brought the satellite over each latitude at the same local "solar mean time" each day. For example, each time Aura crossed the equator, the local solar mean time was about 1:43 PM. This meant that the sun was as close as possible to the same angle (given the constant changing of the sun's angle due to the tilt of Earth's axis) each time TES was over a given point on the ground. Sunlight plays a critical role in many of the chemical reactions that affect air quality, and keeping the sun at a nearly constant angle for each observation of the same location simplifies interpretation of TES data.

Aura’s four instruments were designed to complement each other’s findings, as some of Aura's instruments looked ahead of the spacecraft, some looked behind it, and some looked straight down. The instruments were able to observe approximately the same column of air within about 13 minutes, though they differed somewhat as to the altitudes they cover.

TES observed both straight down (nadir view) and at a sideways angle (limb view) behind the satellite. Limb viewing provided a much longer path through the atmosphere, and looking through a larger mass of air improved the chances of observing sparsely distributed substances that might have been missed in the nadir view. The limb view's sideways angle also made it easier to determine the altitudes of the observed substances. However, limb viewing was very susceptible to interference (only rarely does the line of sight reach the surface). Nadir viewing was less impacted by clouds, but looking straight down makes it more difficult to identify altitudes.