The Tropospheric Emissions Spectrometer (TES) was a Fourier Transform Spectrometer (FTS) that measured the infrared-light energy (radiance) emitted by Earth's surface and by gases and particles in Earth's atmosphere. Every substance warmer than absolute zero emits infrared radiation at certain signature wavelengths. The gases in the atmosphere also absorb infrared radiation emitted from the Earth’s surface. Spectrometers, like those equipped on TES, measure this radiation as a means of identifying the substances.

TES was the first satellite instrument to use spectrometers to provide simultaneous concentrations of carbon monoxide (CO), ozone (O3), water vapor (H2O) and methane (CH4) throughout Earth’s lower atmosphere. This lower atmosphere (the troposphere) is situated between the surface and the height at which aircraft fly, and is an important part of the atmosphere that we often impact with our activities. This is also where gases such as ozone (O3) are formed, transported, and interact with other gases, and where much of the atmospheric water cycle is dictated. Understanding the distribution and movement of these and other trace gases is vital if we are to understand and correctly represent climate and air quality.

TES had very high spectral resolution, which gave it the ability to pinpoint the wavelengths at which the substances are emitting. This enabled precise identification of the substances, and also provided information about their location in the atmosphere. Emission wavelengths can vary with temperature and pressure, so seeing the emissions with great precision enables scientists to infer the temperature and pressure of the chemicals from which they came. This, in turn, implies that the chemicals being observed are at a certain altitude where those temperatures and pressures apply. The ability to determine the altitude of the observed chemicals enabled TES to distinguish radiation from the upper and lower atmosphere, and focus on the lower layer - the troposphere. The location of these substances is mapped in three dimensions - not only with regard to latitude and longitude, but also altitude. TES also measured how conditions vary over time, at global, regional, and local scales. 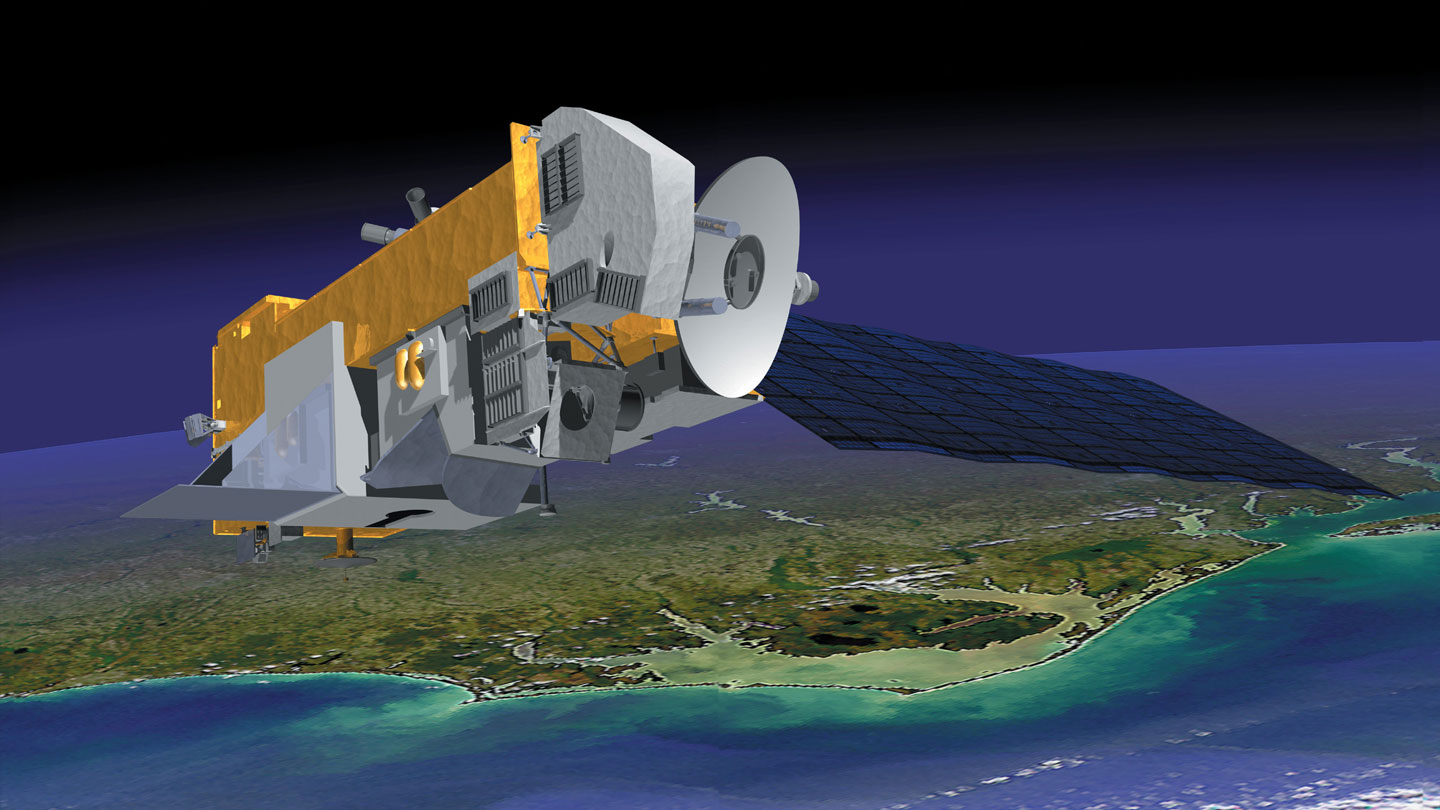 How Does TES Work?

Specifically, TES is a Fourier Transfer Infrared Spectrometer (FTIR) that measured the infrared-light energy (radiance) emitted by Earth’s surface and by gases and particles in the troposphere. The basic principle of FTIR's is to split and recombine a beam of light such that the recombined beam produces a wavelength-dependent interference pattern. Every substance (so long as it is warmer than absolute zero) emits infrared radiation at certain signature wavelengths — emissivity is a measure of a material’s ability to absorb and radiate energy. The emission wavelengths of Earth’s atmosphere vary with cloud cover and the concentration of the various gases and particles that absorb and emit infrared energy, and according to the pressures and temperatures at which these are found. Since the emission wavelengths vary with temperature and pressure, and temperature and pressure vary with altitude, if emission spectra are measured very precisely, we can infer the altitude of the chemical species.

TES measurements are also helped to determine local atmospheric temperature and humidity profiles, local surface temperatures, and local surface reflectance and emittance (that is, the amount of sunlight reflected, and the amount of heat emitted by Earth’s surface). In response to the ever-changing cloud properties within a TES observed footprint and the changing thermal properties of the atmosphere and Earth’s surface, the amount of vertical sensitivity in the TES retrievals changed from scan to scan.

The averaging kernel is an important measure for understanding the vertical sensitivity of a TES profile and these averaging kernels are provided in the data product for each TES scan. Another important metric for understanding TES retrievals is the degrees of freedom for signal (or DOFS). DOFS indicates the number of independent information from the TES measurement in the vertically retrieved species profile.